For those following along, I have been working on a book project about MLK and the Vietnam War. After having some good feedback from trusted readers on an early chapter, I am rethinking some of the structure both of the chapter and the book. In the process of thinking through those issues, I have begun looking at the life of Thich Nhat Hanh, the Buddhist monk from Vietnam who challenged both western-backed government in the South and Vietnamese Communists in their destructive desire to rule the people. King nominated Hanh for the Nobel Peace Prize in 1966 (the committee did not announce a winner) and their paths crossed several times in the mid-1960s. While doing research in the Morehouse College Martin Luther King, Jr. Collection, I had come across communications between King and Hanh but much of it was about scheduled visits and the minutia of orchestrating busy activists. 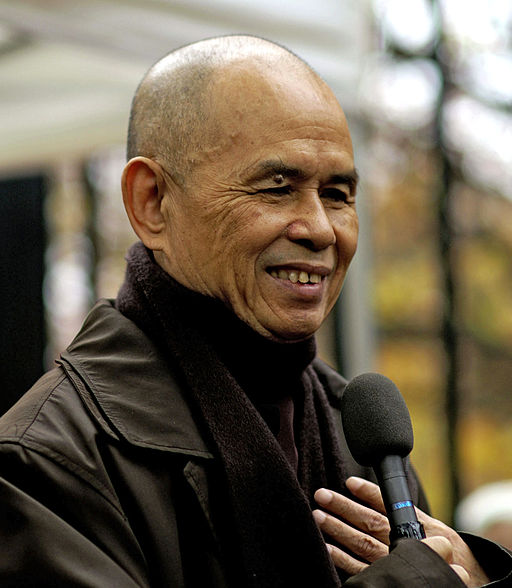 By starting with Hanh, I get a chance to refocus the research (but not the central point of the book). Thomas Merton, Fr. Louis, as he was known at Gethsemani Abbey near Bardstown, KY, becomes an interesting connective tissue in the two men’s lives. Merton had opened a dialogue with Hanh and played a small role in King’s life. His pacifism would play a key role in all of the dialogue. In 1964 Merton hosted a symposium at the abbey and had hoped to bring King as a participant. But King’s own schedule prohibited him from attending. And I learned today, the same thing happened four years later, and the consequences were significant.

In the Merton Center at Bellarmine College, a digital audio file of Merton’s reading of a letter from June Yungblut, a Quaker activist in Atlanta, who along with her husband had tried to get King and Nhat Hanh to retreat together at Gethsemani Abbey the week of April 4, 1968. King’s quick departure to Memphis and the sanitation workers’ strike was part of his larger vision of the Poor People’s Campaign, which was to descend on the nation’s capital later that spring in a second March on Washington. According to the audio file, the retreat was intended to have King and Hanh meet at the abbey to think through their approaches to nonviolence and its relationship to the March on Washington. King’s change of plans meant the two men did not meet that April.

I will continue to think through the possibility of Hanh presence in the narrative structure, but the detour today was worth it for the brief “aha” moment of how the two men’s lives are interconnected.

A Different Kind of Walk

By Way of Explanation